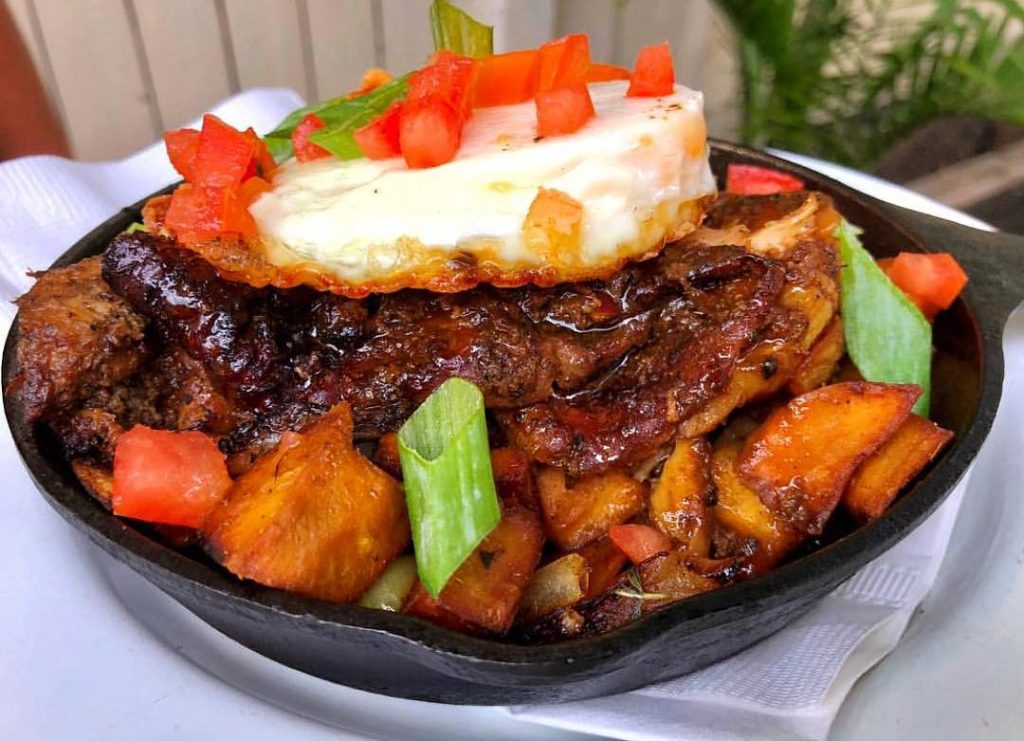 Caribbean-style dishes are a delightful blend of various unique cuisines from across the globe. The food draws its influences from everywhere you can think of, from Latin America, Europe, South Asia, Creole, Cajun, all the way to Africa. In other words, Caribbean dishes consist of a unique blend of a lot of travelers’ favorite cuisine, often with a unique twist of the region where it is being provided. From tasty meats, tropical fruits to seafood, Caribbean dishes are fresh, bolt, hot and flavorful. The most popular Caribbean restaurants in America have the unique ability to draw flavors from the islands and create delightful dishes that taste homemade. The restaurants range from places offering flying fish and tasty plantains to fiery jerk chicken and promise your tastebuds the taste of their lives. Pearl’s is one such establishment. Located at the center of Williamsburg, Brooklyn, Pearl’s is a restaurant offering authentic Caribbean cuisine. The restaurant specializes in Jerk, Bake, and Shark as well as other Caribbean-style meals. With a beautiful backyard, music, a full cocktail bar, and a serene atmosphere, dining at Pearl’s makes you feel as if you really are in the islands. Although Pearl’s is located on a serene and quiet street, it is quite the party there and it is one of the most delightful places to hang out during the summer. The restaurant was created by the same people who created Sweet Chick and offers authentic dishes like shark bakes (sandwiches prepared from shark meat and traditional fry bread), Accra (also known as salt cod fritters), an abundance of island-y cocktails, braised cocktail, and jerk ribs. On a warm night, head to Pearl’s with some of your friends and indulge in the establishment’s excellent back patio. Alternatively, you can visit the Caribbean-style restaurant for their outdoor bottomless brunch which offers you the opportunity to enjoy as many drinks as you can for one hour at just $15.

Dishes at Pearl’s are attentively made by the owner Fallon Seymour and promise a taste you will not easily forget. Originally from Trinbago, Fallon Seymor relocated to New York more than a decade ago to pursue a career as a model. She then married John Seymour, a local with whom she launched a restaurant and later had some children. While Fallon Seymour concentrated on raising the kids, John Seymour launched Sweet Chick, a comfort food chain in London and Manhattan specializing in waffles and chicken. As the children grew older, it was natural for Fallon Seymour to launch her own restaurant chain. She launched Pearl’s, which was named after her grandmother, who used to be a bake maestro. She later embarked on a joint venture with Major Lazer’s DJ Jillionaire to launch Clyde’s, the first Trini bar in New York. Located in Williamsburg, Brooklyn, away from the hustle and bustle of Bed-Stuy’s, Crown Heights’ and other Trinbagonian communities, Pearls offers a more modern taste of traditional staples of Caribbean cuisine without any compromise on authenticity.